With over 140 active toxic plumes polluting Long Island groundwater, how can the drinking water be protected? Erosion has been battering the shorelines for decades and now we see the accelerated effects of climate change with rising water levels and increased intensity of storms and hurricanes.
Grassroots activists and responsible lawmakers are busy proposing legislation and educating members and the public on the environmental issues facing Long Island. The entire Atlantic coast has been under duress from climate change creating the need for coastal protection. In addition, New York State activists face the never-ending defense for proposed changes in federal agencies agendas, most recently the EPA budget being cut. This would affect laws that govern water contaminants that are destroying the groundwater used to sustain plant life, animals and the public wells that supply the communities drinking water.

Groundwater contamination
Long Island drinking water originates from the ancient sand and gravel aquifers. This groundwater is being contaminated with sewage, pesticides, fertilizers and other pollutants that threaten the bays, inlets and marshlands populated with an active maritime industry. The pesticides that contain high amounts of soluble nitrogen seep into the sandy soil, eventually reaching the aquifers or run off with storm water into the bays and estuaries.
In testimony before the Assembly Standing Committee on Health, the Assembly Standing Committee on Environmental Conservation, and the Subcommittee on Oversight of the Department of Environmental Conservation, Amanda Lefton, the deputy policy director for The Nature Conservancy in New York spoke about the challenge of nutrient pollution. She described how the pollution entered the groundwater, lowering the amount of oxygen available to plants and animals and caused algae to grow, leading to toxic algae blooms that threaten the environment.
At a NY Senate Public Hearing on Water Quality and Contamination, Patricia Woods Executive Director of Grassroots Environmental Education, a non-profit environmental health and science- based organization on Long Island explained how Long Island spoke of the excess nitrogen problem polluting the groundwater and the proposed legislation.
“I refer to legislation that would prohibit the sale or use of fertilizer products with a nitrogen content of more than 1o% (by weight) and require that 5o% of that nitrogen be water-insoluble or slow-release.” The organization also created the “Jump In” campaign. The campaign promotes public awareness and involvement with of the many water environmental groups on Long Island.

The threat to drinking water supply has been around for decades, though the problem was not addressed until recently. Toxic Plumes litter Long Island. For decades starting in the 1940’s at the Grumman plant in Bethpage, Long Island Navy contracts included the Hellcat and other planes used in WWII and the Korean wars. But the patriotic efforts resulted in toxic chemicals – including radium – to seep into the groundwater affecting the drinking water on Long Island.
The last twenty years have seen money appropriated by the Navy and New York State to clean up the wells and the resulting toxic plumes. One groundwater plume, which the state has committed $150 million to build a system of wells and treatment facilities, is .8 miles wide, 3.7 miles long and up to 800 feet deep. That work is scheduled for 2018. But a citizens environmental group, Long Island Pure Water Ltd, has filed a lawsuit in U.S District court claiming the Navy and the state have failed to investigate the for radioactive contamination detected in the area.
But the latest problem to plague Long Island is Blue-green algae. The algae, technically known as Cyanobacteria, are microscopic organisms that are naturally present in lakes and streams. When the blue-green algae become abundant in warm, nutrient-rich surface waters exposed to abundant sunlight, the algae can form blooms that discolor the water. The result is floating mats or scums on the water’s surface. The blooms can cause health problems in people and animals when water with blooms is touched, swallowed, or when airborne droplets are inhaled. Not all blooms are toxic, but if they are the causes are diarrhea, nausea, skin, eye and throat irritation and also allergic reactions leading to breathing difficulties.
The Eastern Long Island chapter of Surfrider, a foundation that helps protect the oceans and beaches through an activist network, scored a victory in 2017 working with state agencies to improve signage located at Long Island beaches to properly warn beachgoers about the dangers of coming into contact with a blue-green algae bloom.

EPA Budget Cut
Environmental groups and activists are aggressively pursuing programs and legislation after Trump proposed slashing the Environmental Protection Agency’s budget by almost a third. The Clean Power Plan in 2017 had been established to protect streams and wetlands from being polluted and established limits on carbon pollution. Reactions were varied from New York’s legislative and grassroots environment community. Adrienne Esposito, Executive Director of Citizens Campaign for the Environment, said “Clean water and clean air are a necessity not a luxury item that can be dispensed with by political budget shenanigans. It defies logic for the federal government to target the destruction of successful protection and restoration efforts of drinking water and waterways that are loved by the public and are essential to our local economy.” 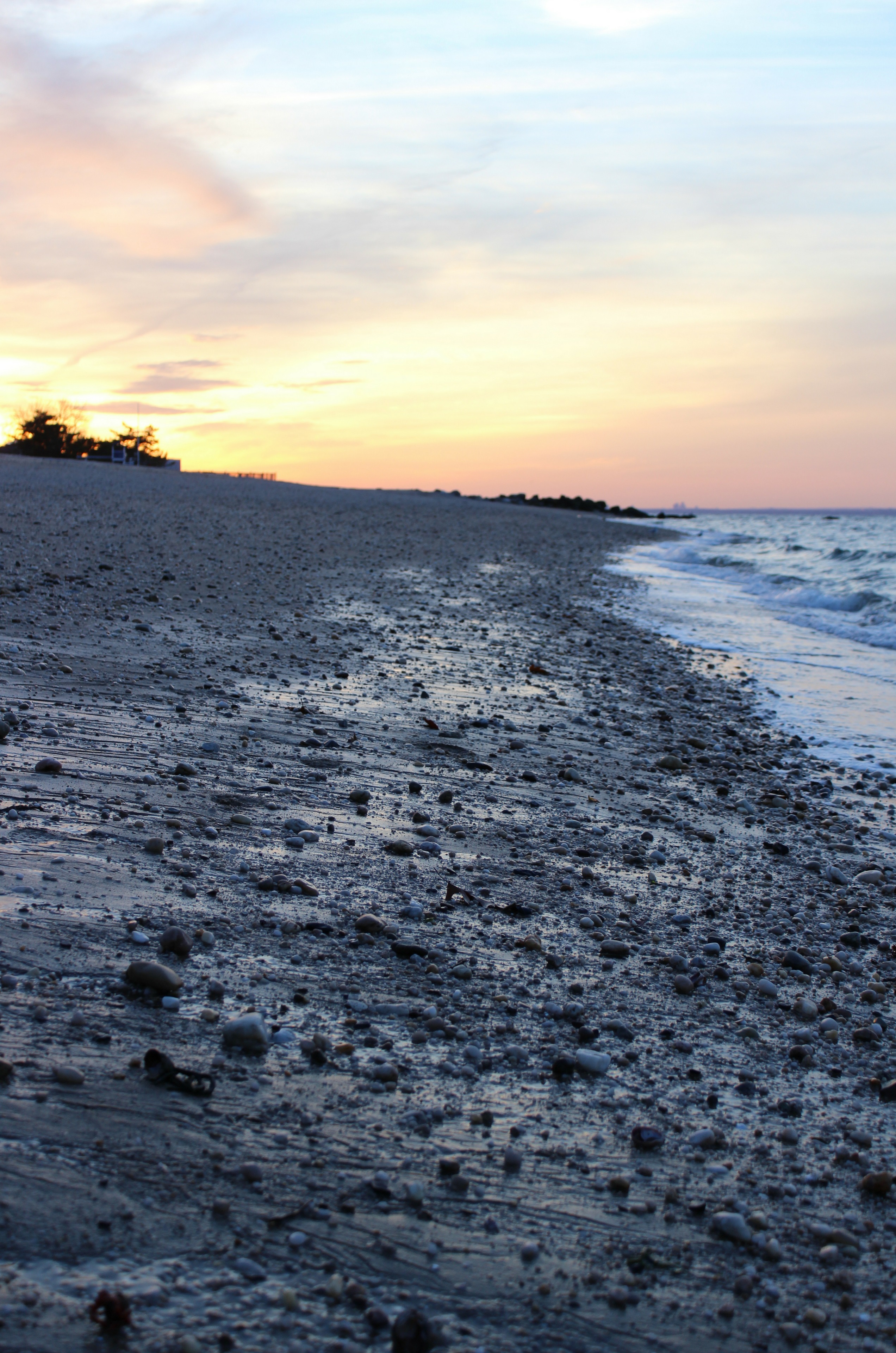 Climate Change
Climate change or global warming is caused by the build-up of greenhouse gases, like methane, and the burning fossil fuels that trap heat and warm the lower atmosphere. The effects of climate change include glaciers that have shrunk, plant and animal ranges shifting and sea levels rising. The intensity and duration of North Atlantic hurricanes and storms have increased since the early 1980’s
With the acceleration of those storms and rising water, the worlds’ oceans are showing off different faces. The pounding surf of The Atlantic Ocean, from the Eastern seaboard up to Nova Scotia, is now offering more destruction to our barrier beaches. After the brutal aftermath of Sandy, the eastern seaboard has seen more shore repair.
Off the south shore of Long Island, The Coastal Protection project, first brought to attention by activists and environmental groups, is near completion. The project consists of sand replenishment, re-construction of jetties and the building of new dunes to protect seven of the nine miles of public shoreline between Jones Inlet and East Rockaway Inlet.
Through their coastal preservation campaign, the Surfrider Foundation which works for the protection of oceans and beaches through an activist network, monitors construction and maintenance of geo-tubes in downtown Montauk and campaigns to protect the Montauk lighthouse from future seas level rise. They also ensure regional planning for all coastal protection.
The damage from Sandy in 2010 coupled with harder storms and rising sea levels due to climate change has provoked more concern for coastal communities. Waves that are created by storms, high powerful winds and human interaction with fast moving motor crafts cause coastal erosion which result in loses of sediment and rock. Fish and wildlife habitats need support of the diminishing lowlands. According to the Census reports, the Northeast region has the second highest number of US coastal population at 35.5%. The coastal plains from northern New Jersey to the tip of Virginia are expected to experience shoreline damage over the next few decades.
More aggressive legislation is needed to fund environmental projects. But more important is the urgency needed by citizens to change habits; more recycling, no plastic bags, check the pesticides used on their lawn. People need to be advocates for the environment.

Tom is a published fiction and non-fiction author living in New York. His blog, Stories Lounge NY contains links to his novel and other published articles. Tom is an outdoorsman with main interests in hiking, biking, golf and white- water rafting. He is a member of the Long Island Writers Guild and Appalachian Mountain Club.